First of its kind patient cohort program announced at IPF-Summit 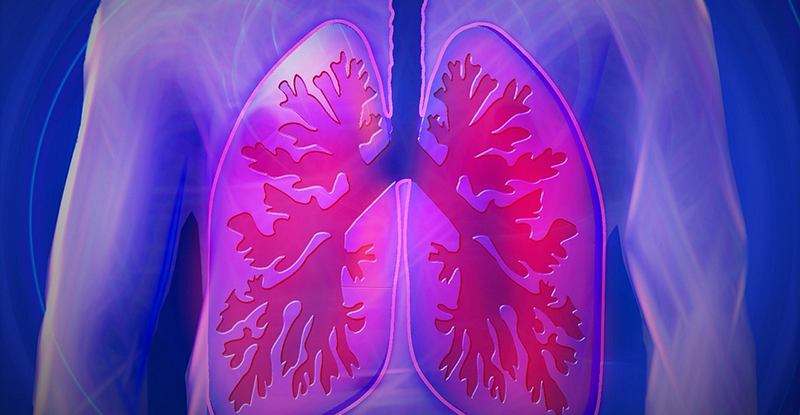 NEW YORK, August 29, 2022 — A first-of-its-kind patient cohort platform will soon be available to UK and US researchers struggling to recruit patients with interstitial lung disease (ILD), such as pulmonary fibrosis and progressing fibrosis resulting from COVID-19. UK-based company uMed announced the launch of the Access-ILD/PF Cohort at the sixth annual Idiopathic Pulmonary Fibrosis (IPF) Summit in Boston.

uMed has built a technology that can rapidly identify, directly engage and quickly recruit patient populations at a significantly faster rate for participation in both clinical and real-world studies.

“Research in the life sciences industry is often a long process, especially in the rare disease space, where it can take several years to complete,” said Matt Wilson, MD, founder and president of uMed. “Our pioneering platform is designed to solve the challenges that researchers and patients are facing — delays in new therapies.”

According to Dr. Wilson, the uMed platform connects electronic medical records (EMR) with hospitalization data, patient-reported outcomes, medical device data and even DNA sampling to identify cohorts of patients eligible to participate in various studies. These include clinical trials and prospective observational research. It is the only platform capable of synergistically linking these multiple health data points.

“Right now, there are more than 200 clinical trials in various stages for ILD and PF/IPF,” noted Dr. Wilson. “With such a deep pipeline and more trials on the horizon, there is a significant demand for patient participation. This platform builds on the work we successfully initiated in the UK, with a goal of creating a global cohort to support multiple studies.”

“The tremendous progress we are seeing in how pulmonary fibrosis develops has resulted in several effective therapies,” added Fernando Martinez, MD, executive vice chair of medicine at Weill Cornell Medical College and New York-Presbyterian Hospital/Weill Cornell Medical Center. “While there are many active studies to come, a major limitation is identifying patients who would consider participating in a clinical trial. uMed offers a very promising approach that could revolutionize the rapid completion of key clinical studies for patients.”

Another unique aspect of the uMed platform is the inherent trust that the company has built with physicians, enabling them to strike a strategic partnership, engage with their patients and seek consent. Currently, the uMed network covers more than five million patients across the US and UK and will soon expand into Australia. The platform is HIPAA- and GDPR-compliant.

For more information about uMed’s unique platform or to see a demonstration, contact James Dunstan, VP Commercial at james.dunstan@umed.io, +44 (0) 7488 812 678.

For a clear picture of how uMed could work for you, book a free session with our team.

We use cookies on our website to give you the most relevant experience by remembering your preferences and repeat visits. By clicking “Accept All”, you consent to the use of ALL the cookies. However, you may visit "Cookie Settings" to provide a controlled consent.
Cookie SettingsAccept All
Manage consent

This website uses cookies to improve your experience while you navigate through the website. Out of these, the cookies that are categorized as necessary are stored on your browser as they are essential for the working of basic functionalities of the website. We also use third-party cookies that help us analyze and understand how you use this website. These cookies will be stored in your browser only with your consent. You also have the option to opt-out of these cookies. But opting out of some of these cookies may affect your browsing experience.
Necessary Always Enabled
Necessary cookies are absolutely essential for the website to function properly. These cookies ensure basic functionalities and security features of the website, anonymously.
Functional
Functional cookies help to perform certain functionalities like sharing the content of the website on social media platforms, collect feedbacks, and other third-party features.
Performance
Performance cookies are used to understand and analyze the key performance indexes of the website which helps in delivering a better user experience for the visitors.
Analytics
Analytical cookies are used to understand how visitors interact with the website. These cookies help provide information on metrics the number of visitors, bounce rate, traffic source, etc.
Advertisement
Advertisement cookies are used to provide visitors with relevant ads and marketing campaigns. These cookies track visitors across websites and collect information to provide customized ads.
Others
Other uncategorized cookies are those that are being analyzed and have not been classified into a category as yet.
SAVE & ACCEPT